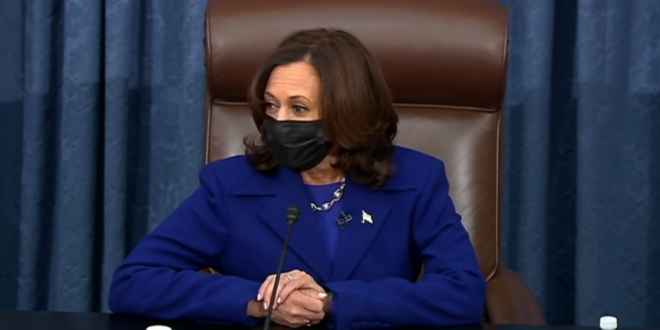 “On this vote, the yeas are 50, the nays are 50. The Senate being equally divided, the vice president votes in the affirmative and the amendment is agreed to,” Harris said.

Harris then cast a second tie-breaking vote on the final passage of the budget resolution. Every Democrat voted for the proposal, while all Republicans voted against it. Because the Senate is evenly split 50-50 that resulted in the tie.

And with Vice President @KamalaHarris casting the crucial tie-breaking vote, at 5:30am after 14 hours of debate, the Senate has passed a $1.9 trillion budget for COVID relief. Georgia voters made this possible.