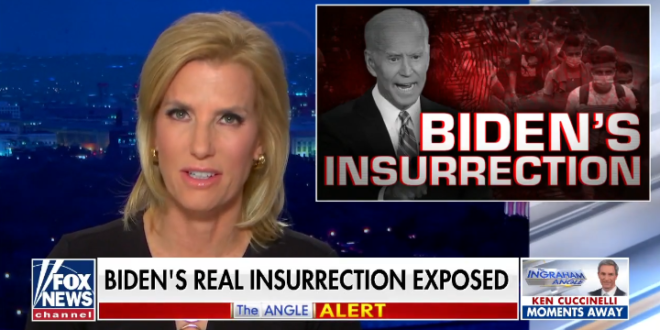 There is an insurrection taking place against America all right. It’s been going on for years in the deepest depth of the DC swamp. And now its figurehead resides at 1600 Pennsylvania Avenue.

This insurrection seeks to overthrow everything we love about America by defaming it, silencing it, and even prosecuting it. This is an organized mob funded by billionaires, it’s supported by celebrities.

And it’s aided and abetted by propagandistic news organizations every single step of the way. These insurrectionists have stormed our schools with BLM indoctrinators, they shuddered our classrooms by empowering union heavys, they’ve overwhelmed small businesses with idiotic, stupid lockdowns.