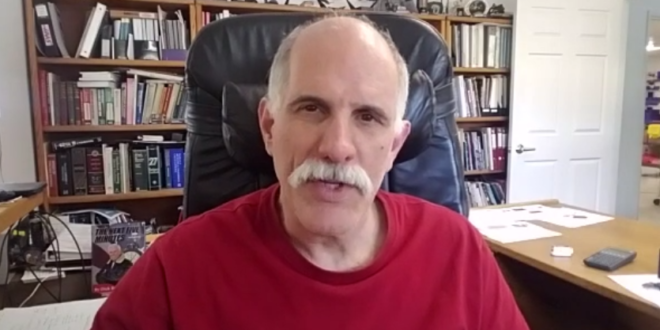 Idaho Republican: Register Those Who Don’t Own Guns

Last week, Idaho’s Kootenai County Republican Central Committee Chairman Brent Regan posted on Facebook: “People who DON’T own a gun should register and pay a fee. Per the Idaho Constitution Article 14 Section 1, all able bodied males between the ages of 18 and 45 are part of the militia and should arm themselves … That is the LAW.”

That posting followed Regan’s online messaging in early December, when he boosted a Parler post on his feed: “SIDNEY POWELL’S “KRAKEN” IS DOD CYBER WARFARE PROGRAM! WE ARE AT WAR! – THE MARSHALL REPORT.”

Another recent Regan Facebook post: “The thing I object most about democrats is that they incite my base instincts to retaliate in kind.”

Read the full article, which is about how local GOP leaders are inciting Trump cultists to violence. Regan, unsurprisingly, has been in the news in the past for racist comments.

The AP reviewed public and private social media accounts of nearly 1,000 federal, state, and local elected and appointed GOP officials nationwide, many of whom have voiced support for the Jan. 6 insurrection or demanded that the 2020 election be overturned https://t.co/psxnVJs1Ok