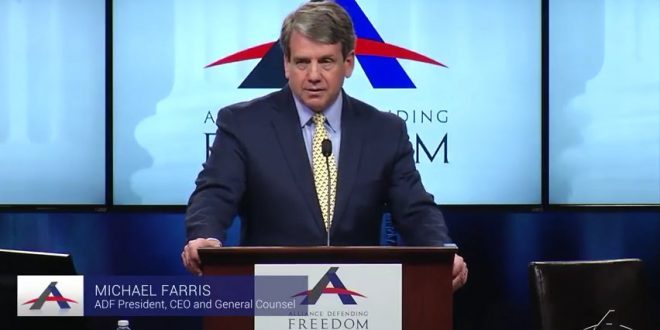 Michael Farris, who heads Alliance Defending Freedom, told participants in a Family Research Council town hall Feb. 10 that Virginia is in a “constitutional crisis” because nondiscrimination protections that became law last year in that state accomplished “virtually everything” that would be done at the federal level if the Equality Act passes.

Farris described those provisions as the state “invading” the church and said that ADF is challenging the Virginia legislation in court. At the recent town hall, Farris told FRC’s Tony Perkins that ADF has been looking “for months” for a plaintiff willing to challenge a gay rights ordinance in another southern state, which he did not name.

The head of the anti-LGBTQ Alliance Defending Freedom says it’s like the French Revolution in Richmond these days, and urges religious-right voters to “turn it around” in this year’s Virginia elections https://t.co/NF5R9O4Nb8