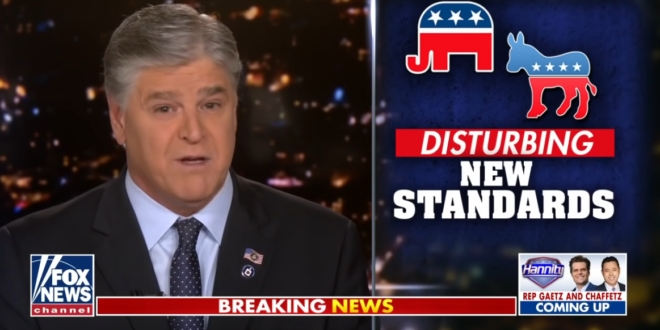 “Where was John Thune and Mitch McConnell fighting against the biggest abuse of power corruption scandal in our history with Operation Crossfire Hurricane? They were missing in action.

“Where’s the sanctimonious Mitch McConnell, John Thune, demanding that Kamala Harris, Chuck Schumer, Nancy Pelosi, Maxine Waters — when is he going to give a speech on the Senate floor and hold those Democrats accountable for their incitement of insurrection and their insurrection-like language?

“The time is now coming for new leadership in the U.S. Senate.” – Sean Hannity, blasting McConnell for daring to criticize Trump after voting against conviction.