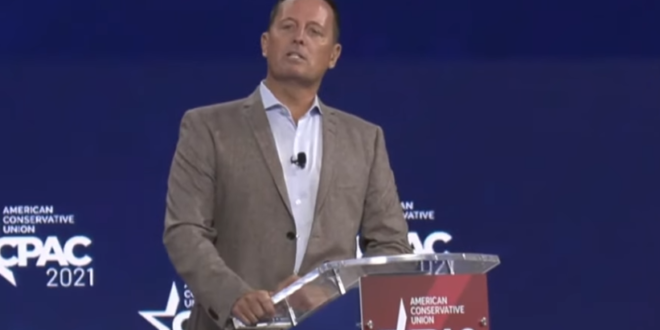 Grenell Hints At Run For CA Governor In CPAC Speech

Richard Grenell, a top ally of former President Donald Trump, strongly hinted at a run for California governor in a speech at the Conservative Political Action Conference on Saturday morning.

In his CPAC address, the former U.S. ambassador to Germany and acting director of national intelligence railed on California and said he has “never seen a better case for a recall” than the bid to recall Gov. Gavin Newsom.

“And of course, if a public official is still failing to deliver on their promises, and if you can’t limit their term or recall them in time, there’s always one other option: you can run against them yourself,” Grenell said to close his speech.

Richard Grenell, a top ally of former President Trump, strongly hinted at a run for California governor during his CPAC speech https://t.co/Bs8ehzFy4I