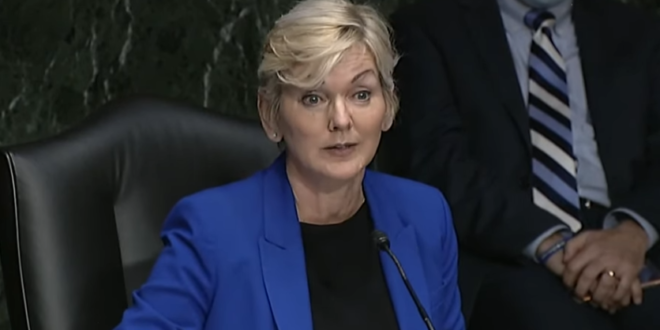 Former Michigan Gov. Jennifer Granholm won Senate confirmation Thursday to be President Joe Biden’s energy secretary. The vote was 64-35. Granholm, who served two terms as governor in a state dominated by the auto industry, will be a key player in Biden’s vision for a green economy as the United States fights to slow climate change.

Michigan was devastated by the 2008 recession, and Granholm has promoted emerging clean energy technologies, such as electric vehicles and battery manufacturing as an answer for jobs that will be lost as the U.S. transitions away from oil, coal and other fossil fuels.

My sincere thanks to the Senate for your confidence in me. I’m obsessed with creating good-paying clean energy jobs in all corners of America in service of addressing our climate crisis. I’m impatient for results. Now let’s get to work!