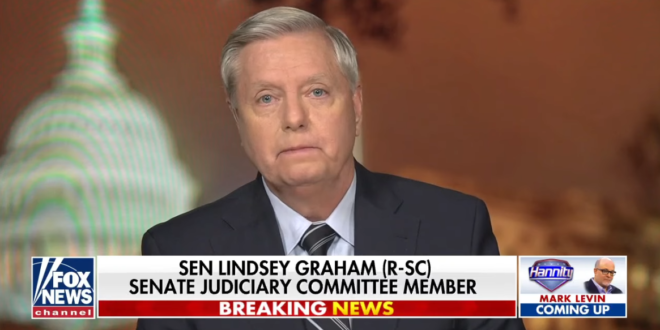 Hannity repeatedly railed against the Democrats’ argument and called the trial “devoid of facts” and “any compelling evidence.”

He then brought on Graham and asked him about past heated rhetoric from Democrats, and Graham responded by saying, “I hope the defense team is watching your show.”

“The not-guilty vote is growing after today. I think most Republicans found the presentation by the House managers offensive and absurd,” Graham continued.