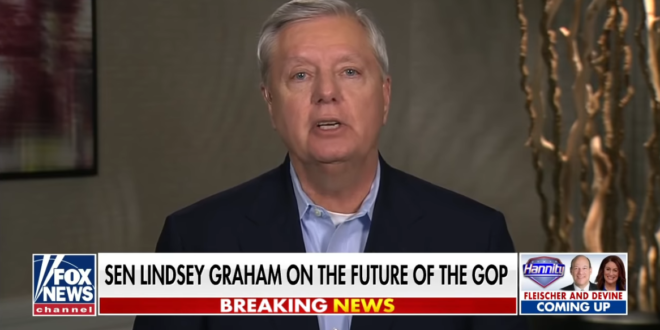 “I remind everybody, Ronald Reagan’s 11th commandment was ‘Don’t speak ill of fellow Republicans.’ I want you to know this: Mitch McConnell was indispensable to Donald Trump’s success.

“They are now at each other’s throat. I am more worried about 2022 than I’ve ever been. I don’t want to eat our own. President Trump is the most consequential Republican in the party.

“If Mitch McConnell doesn’t understand that, he’s missing a lot.” – Lindsey Graham, last night on Hannity. At one point Graham spoke directly to Trump, telling him, “You own the Republican Party.”

Previous Biden: Vaccines For All Who Want Them By End Of July
Next LIVE VIDEO: Implosion Of Some Loser’s Former Casino