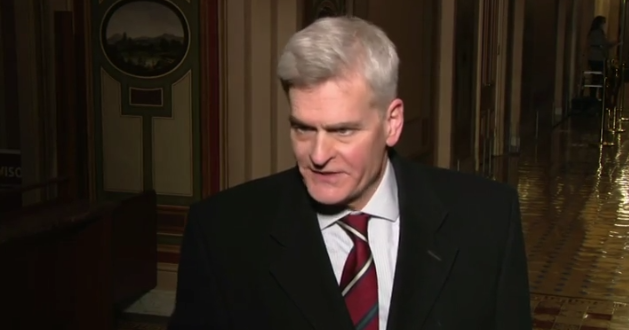 Sen. Bill Cassidy (R-La.) on Tuesday panned the arguments made by former President Trump’s legal team, saying that House Democrats made a more compelling case that the impeachment proceeding is constitutional.

“I said I’d be an impartial juror. Anyone listening to those arguments — the House managers were focused. They were organized. They relied upon both precedent, the constitution and legal scholars. They made a compelling reason. President Trump’s team were disorganized,” he said.

Cassidy on Tuesday voted along with all Democrats and five other Republicans to say that it was constitutional to hold the trial, the first for a president already out of office.

GOP Sen. Cassidy on Trump’s team: “It was disorganized, random. They talked about many things, but they didn’t talk about the issue at hand. If I’m an impartial juror & I’m trying to make a decision based upon the facts as presented … the House Managers did a much better job.”

Sen. Bill Cassidy: “If anyone disagrees with my vote and would like an explanation I ask them to listen to the arguments presented by the House Managers and former Pres. Trump’s lawyers. The House managers had much stronger constitutional arguments. The president’s team did not.” pic.twitter.com/9rNujZFHDR