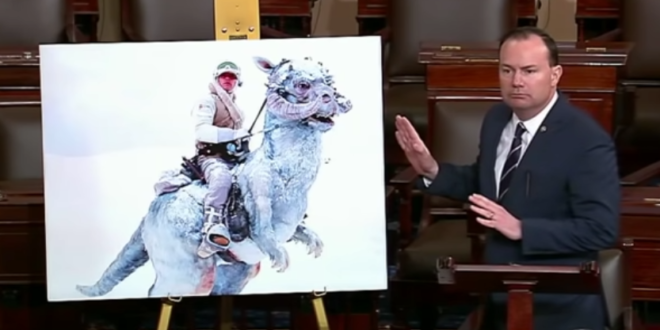 The fundraising dinner at Mar-a-Lago hosted by prominent Republican donors costs $10,600. Lee campaign manager Matt Lusty said the event is being held at the Palm Beach, Florida resort because the hosts have ties to Trump there.

After @NikkiHaley dissed Trump in @politico, he snubbed her at Mar-a-Lago.

What happens next on “As Trump Turns”? pic.twitter.com/K1m8tEZe05

Previous Trump To Be Keynote Speaker On Final Day Of CPAC
Next NASA: Mars Helicopter Is “Operating As Expected”