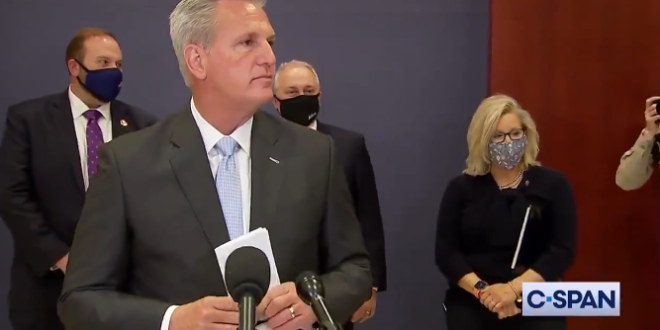 Asked whether Trump should address CPAC, House Minority Leader Kevin McCarthy (R-Calif.) told reporters at the Capitol, “Yes, he should.” By contrast, Rep. Liz Cheney (Wyo.), the No. 3 House Republican, said she believes that Trump should not play a role in the party’s direction but that the decision is up to the conference organizers.

“That’s up to CPAC,” said Cheney, one of only 10 House Republicans who voted to impeach Trump following the Jan. 6 attack on the Capitol. “I’ve been clear on my views about President Trump and the extent to which, following January 6th, I don’t believe that he should be playing a role in the future of the party or the country.”

Liz Cheney just dropped a PRICELESS shoot down of Trump at a press conference with Kevin McCarthy after he said that he should speak at CPAC and she said he shouldn’t be involved in politics after 1/6.