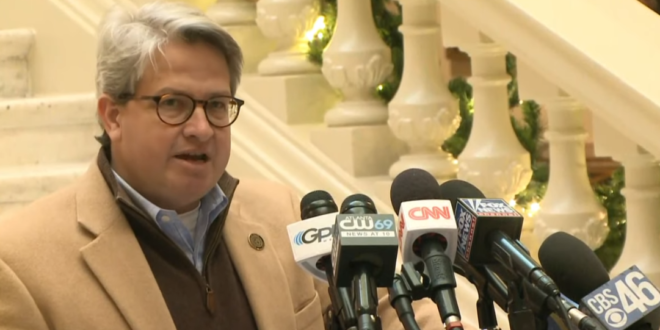 Former President Donald Trump’s lawyer Bruce Castor defended his client’s December call to Georgia’s secretary of state, now part of a criminal investigation, as he sought to argue Trump was not to blame for the Jan. 6 insurrection.

He repeated a false claim about Georgia’s mail-in ballot rejection rate and suggested Trump’s call was completely within his authority.

“There was nothing untoward with President Trump, or any candidate for that matter, speaking with a lead elections officer of a state. That’s why the Georgia secretary of state took a call along with members of his team.” Gabriel Sterling, a Republican election official in Georgia, immediately shot down Castor’s claim on Twitter.

OK…piecing this together. The initial absentee rejection rate for signature issue was about double in 2020 as 2018. There is a cure period now and the final rate was 0.15% in both years. So…shockingly, the disinformation continues…