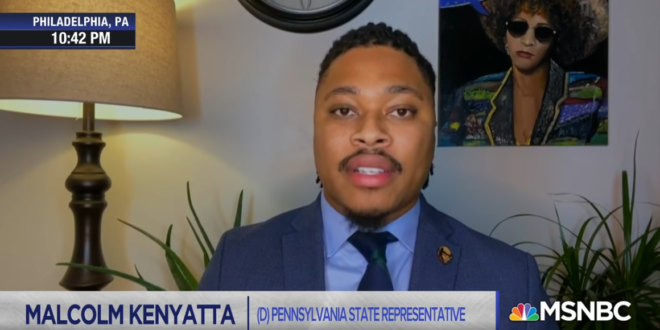 State Representative Malcolm Kenyatta announced that he plans to run for the US Senate seat that’s coming open with Republican Sen. Pat Toomey’s decision not to seek reelection in 2022.

In a video to supporters on Thursday night, Malcolm vowed to tackle poverty across the state, fight against corporate interests, and ensure an equitable recovery from the COVID-19 pandemic.

Kenyatta, a Democrat who represents the 181st Legislative District, joins Pennsylvania Lt. Gov. John Fetterman, who kicked off his Senate campaign earlier this month. Kenyatta is a native of Philadelphia and the first openly LGBTQ+ person of color and one of the youngest members elected to the PA General Assembly.

It’s official: I am a Democrat running to be a voice for working families in the US Senate. Help us build this movement from the ground up: https://t.co/S4UAhtPfkU pic.twitter.com/8amZkdaKac