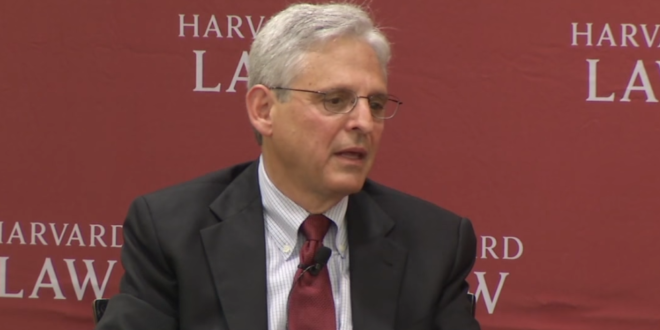 Merrick Garland, President Joe Biden’s nominee for attorney general, is pledging he’ll take the lead in prosecuting participants in the mob that attacked the Capitol on Jan. 6.

“If confirmed, I will supervise the prosecution of white supremacists and others who stormed the Capitol on January 6 — a heinous attack that sought to disrupt a cornerstone of our democracy: the peaceful transfer of power to a newly elected government,” Garland said in an opening statement prepared for his confirmation hearing on Monday before the Senate Judiciary Committee.

Garland also signaled he’ll make decisions independently from Biden. “The President nominates the Attorney General to be the lawyer — not for any individual, but for the people of the United States,” he said in the testimony.

The attorney general nominee plans to stress that the role is meant to “serve the Rule of Law and to ensure equal justice under the law,” noting that July 2020 marked the 150th anniversary of the Justice Department’s founding in the aftermath of the Civil War and that its core mission was to secure the civil rights promised by the 13th, 14th and 15th Amendments.

“The mission remains urgent because we do not yet have equal justice,” Garland plans to say. “Communities of color and other minorities still face discrimination in housing, education, employment, and the criminal justice system.”

Garland Pledges to Prosecute ‘Heinous Attack’ on the Capitol https://t.co/NOlVgpgkqI