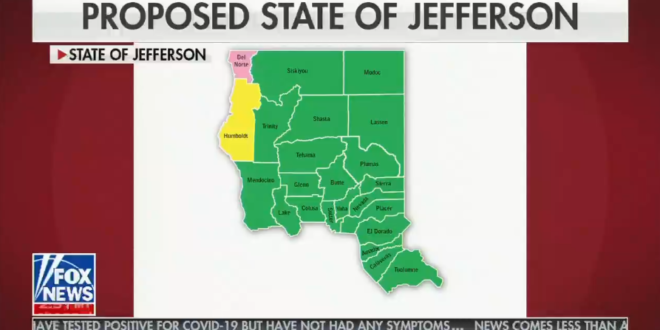 Fox hosts suggested adding a 51st star to the flag — not for the millions of people in the District of Columbia without voting representation in Congress, or for American citizens of Puerto Rico or the Virgin Islands who are not even permitted to vote for president. Instead, they are promoting, again, a secessionist effort within California. Fox & Friends First hosted Mark Baird, the self-proclaimed leader of the “state of Jefferson.” Baird complained that California had elected a “monarchy.”

Later in the morning, Fox & Friends did a news read on Baird’s attempt, and in response Fox host Pete Hegseth declared, “I love it,” and host Steve Doocy said, “Gonna have to add an extra star to the flag.” Fox didn’t mention that extremist and militia elements have been linked to this effort. And needless to say, this is not how Fox hosts responded to calls to add D.C., or Puerto Rico.