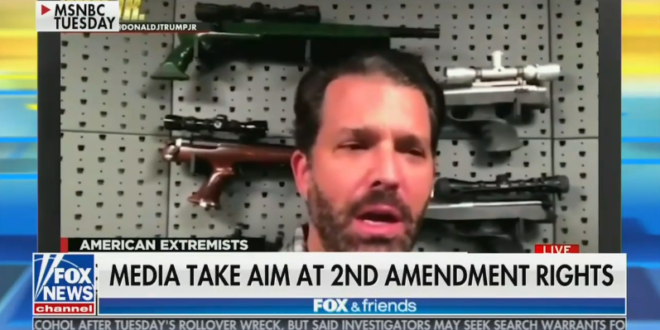 Fox Hosts Rant After Junior Is Compared To Bin Laden

Fox & Friends is angry with MSNBC host Chris Hayes and believes everyone should be furious over his comparing gun-loving Republicans to Osama bin Laden. At issue? Hayes noticed a curious trend that many Republican politicians and officials tend to post videos or participate in teleconference calls with a number of guns prominently featured behind them. He then compared the use of guns in this manner to bin Laden, who also was known to do the same.

The clip below is cued up. Enjoy the pain.