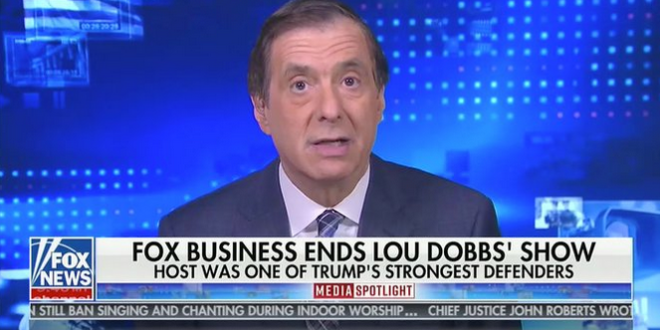 Fox Host: Dobbs Had Right To “Sometimes Go Too Far”

“On Friday, Fox Business Network announced it is canceling Lou Dobbs Tonight, the network’s highest rating show. I’ve known Lou as a talented broadcaster for decades. He was controversial at CNN. He’s been controversial in the decade he’s been here.

“Dobbs became one of the most passionate defenders of Donald Trump during his presidency, and of his claims of election fraud.

“In my opinion, Dobbs sometimes went too far. But that was his right as an opinion host, and it’s Fox’s right to decide its programming. I want to wish Lou the best in the future.” – Fox News host Howard Kurtz.

Previous Lindsey Graham: Trump Will Get “His Share Of Blame In History” For The Insurrection, “I’m Ready To Move On”
Next Far-Right Trump Cultist Wayne Root Banned By Twitter