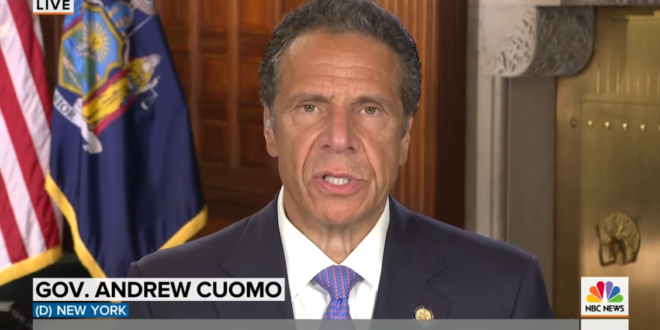 A former aide to Gov. Andrew M. Cuomo published a lengthy essay on Wednesday morning accusing the governor of sexual harassment and outlining several unsettling episodes, including an unsolicited kiss in his Manhattan office.

The aide, Lindsey Boylan, described several years of uncomfortable interactions with Mr. Cuomo, a third-term Democrat, including an invitation to play strip poker on a government airplane and an email from another top aide suggesting that the governor thought she was a “better looking sister” of another woman.

Boylan, the former deputy secretary for economic development and special adviser to the governor, outlines a beyond toxic work environment in which top female aides “normalized” their boss’ behavior and she was told by staffers that Cuomo had a “crush” on her.

Screenshots shared along with the essay show government emails from Cuomo executive secretary Stephanie Benton allegedly passing along a message from the governor insinuating that Boylan was his type because she looked like one of his former flames.

Lindsey Boylan, an ex-aide to Gov. Andrew Cuomo of New York, published an essay accusing him of sexual harassment and outlining several unsettling episodes, including an unsolicited kiss in his office. Boylan is now running for Manhattan borough president. https://t.co/FI1ytPJOa8