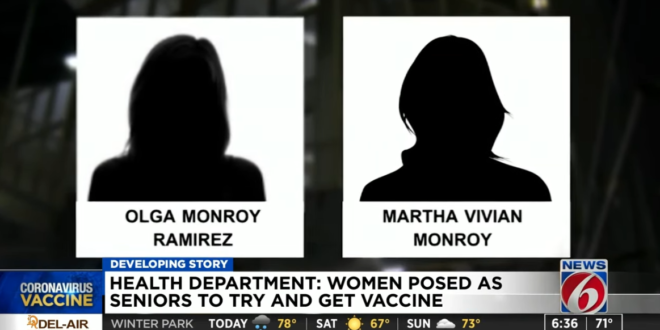 Florida Women Dressed As “Grannies” To Get Vaccine

Two women took a page out of “Mrs. Doubtfire” in an attempt to get their second COVID-19 vaccine shot.

The two women dressed up as “grannies,” complete with bonnets and gloves, in an effort to pass as elderly women old enough to get their second COVID-19 vaccine at the Orange County Convention Center, health officials said during a news conference Thursday.

The two women had valid vaccine cards from their first shot, but were denied their second shot while posing as elderly women due to issues with their ID cards, Orange County Health Officer Dr. Raul Pino said.

Read the full article. The women, ages 34 and 44, were issued trespassing warnings after workers demanded IDs and confirmed the age discrepancies. It’s not known if the women pulled the same stunt to get their first shot.