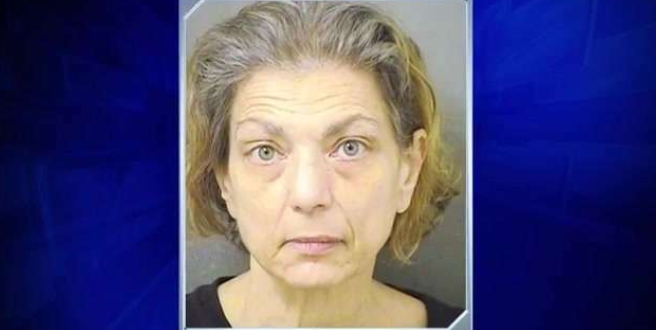 A Florida woman is facing charges after allegedly threatening to shoot FBI agents who contacted her last month about her possible involvement in the deadly insurrection at the Capitol. Suzanne Kaye, a Boca Raton, Florida, resident, was charged this week with threatening to injure a person after posting a Jan. 31 video on Facebook, titled “Fuck the FBI!!,” in which she suggested she’d use violence against any FBI agents who tried to come to her house.

While drinking from a bottle of bourbon, Kaye says she told the FBI to arrest her given that she couldn’t afford legal counsel. “You think I’m going to let you come fucking talk to me?” she says. “You’re out of your mother fucking mind, bro. That’s not going to happen.”

“I’m a fucking patriot, and I exercise my First Amendment right on my freedom of speech and my Second Amendment right to shoot your fucking ass if you come here,” Kaye says.

“My Second Amendment right to carry a gun to shoot your fucking ass if you come to my house. So fuck you, fuck you following me, I don’t care. I’m glad you know who I am, motherfucker.”

The criminal complaint is here.

DANGEROUS RANT? Century Village resident Suzanne Kaye is facing a federal charge after she posted a video to TikTok where she is seen apparently making threats to shoot FBI agents who wanted to ask her whether she was involved in the Capitol riots. https://t.co/SDzsRdRXGQ

New: Suzanne Kaye filmed herself on TikTok drinking from a bottle of Jack Daniels Cinnamon Spice as she talked about murdering FBI agents while “Every Breath You Take” played in the background.https://t.co/Wo4bEMpoth