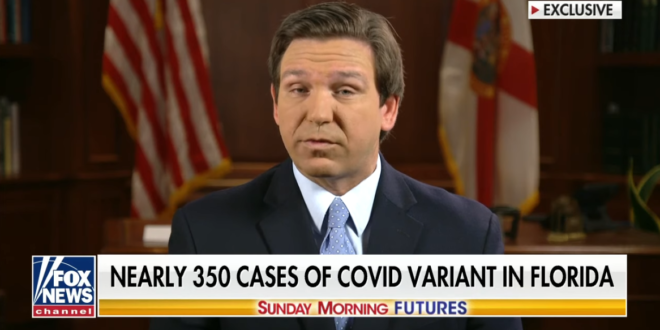 For weeks as a more contagious mutation of COVID-19 has spread across Florida, top state health officials have kept secret the location of those cases.

Since Jan. 7 — one week after a COVID variant first found in the United Kingdom was detected in Martin County — the Florida Department of Health has ignored repeated inquiries about which other counties had confirmed the presence of the strain.

During that time, reported cases of the mutation spiraled to 347 as of Friday — over twice as many as the next closest state, California, which has 159. And the secrecy has continued without explanation, despite ongoing updates from the CDC, which has reported state-by-state totals for much of the nation.

Previous Former Rep. Sean Duffy: Nancy Pelosi Knew Capitol Attack Was Coming And Did Nothing About It [VIDEO]
Next 9/11 Probe Leaders Call For Capitol Riot Commission