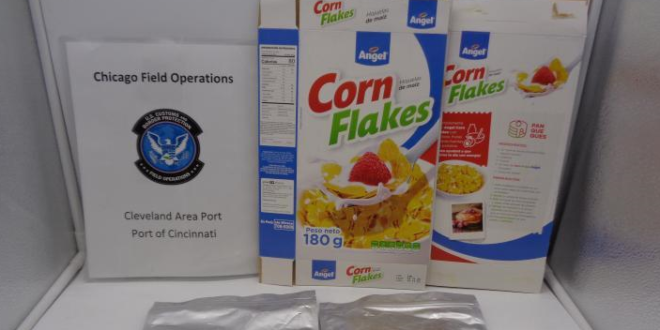 Federal officials said they found around 44 pounds of cocaine-coated corn flakes, seized in Cincinnati from incoming freight from Peru. U.S. Customs agents said they intercepted the smuggled narcotics, with an estimated street value of $2,922,400.

K-9 Bisco picked up the scene, federal officials said, alerting agents to a large shipment of cereal heading to a private residence in Hong Kong. When officers opened the box to take a closer look, they saw that the cereal contained white powder, and the flakes were coated with a grayish substance.