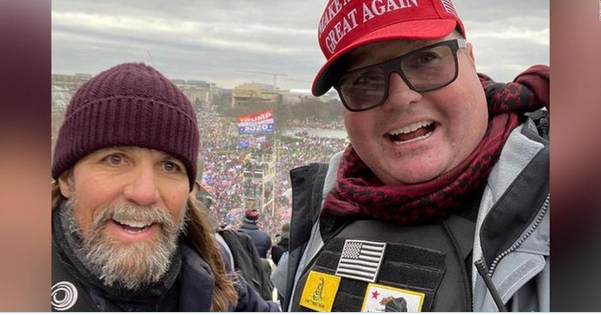 The FBI recently raided the homes of two men who sponsored an invective-laced rally near the US Capitol a day before the deadly insurrection, the first known search warrants involving people who organized and spoke at rallies preceding the attack. CNN learned of the raids through an eyewitness account, public records, a lawyer representing one of the rally organizers and an FBI spokeswoman who confirmed details of the searches.

Read the full article. No charges yet.

FBI executes search warrant against two organizers of January 5 rally that incited violence against the Capitol. “Hostetter told the crowd to prepare for “war tomorrow” against ‘vipers’ in Congress who refused to nullify President Joe Biden’s win.” https://t.co/9M6hWZpRNQ

CNN has more on Alan Hostetter, the Stop the Steal organizer who (per my scoop below) called for the “execution” of Trump’s foes. Watch that video, if you haven’t seen it. https://t.co/mYaRYuTfRZ https://t.co/Y4MsNFIY78