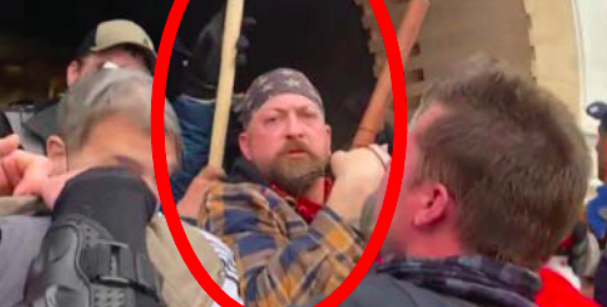 FBI Collars Man Accused Of Macing Cops At US Capitol

A man who was filmed macing police officers during the attempted coup at the US Capitol last month was arrested by the FBI on Thursday, authorities said. Peter Schwartz, a 47-year-old from Owensboro, Kentucky, faces numerous charges, including one for forcibly assaulting an officer.

According to an affidavit, Schwartz was part of a mob that swarmed officers outside the entrance to the Capitol, yelling at the authorities while striking and spraying them with harmful substances. Video of the incident apparently shows Schwartz being handed a canister of Mace and spraying the officers with it.

A man who was filmed macing police officers during the attempted coup at the US Capitol has been arrested by the FBIhttps://t.co/a8wC90tYQ7