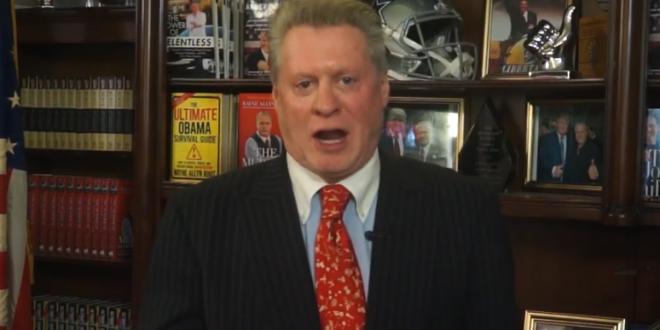 Twitter suspended radio host Wayne Allyn Root this weekend. “I am in shock,” Root told Fox News. “It appears to be a permanent ban. Twitter never warned me and never sent any communication saying I’ve been suspended or banned.

“I simply tried to tweet yesterday afternoon and could not. But unlike a previous suspension, my followers suddenly said 0.”

“We made Jack Dorsey one of the richest men on earth. He got an army of worker bees to spend thousands of hours for free making him rich. And what’s my reward? No more free speech. In America. My opinions are banned. My opinions are forbidden,” Root said.

Root admits he’s been suspended multiple times in the past. That’s what is known as a warning.

He last appeared on JMG in March 2020 when the New York Attorney General sent him a cease-a-desist letter for promoting a fake coronavirus cure.

Previous Fox Host: Dobbs Had Right To “Sometimes Go Too Far”
Next McCarthy Told Cheney To Apologize For Impeach Vote