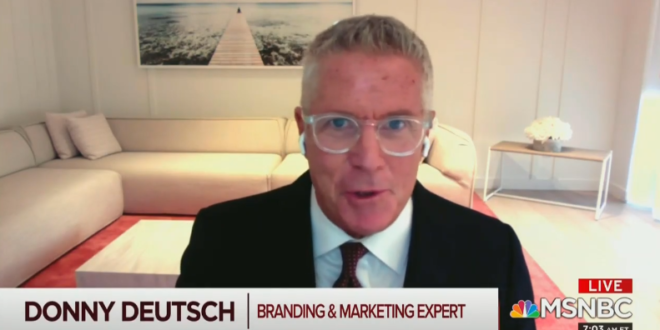 Donny Deutsch believes it is too early to consider former President Donald Trump as a favorite to become the Republican nominee in the 2024 election. Why? Because of a raft of legal problems that will keep him otherwise occupied. And incarcerated.

“Donald Trump is going to go to jail,” the MSNBC contributor told Joe Scarborough. “I really believe that.”

“The things that [Trump] has done are absolute tax fraud, absolute bank fraud, absolute insurance fraud.” As a result, Deutsch concluded that Donald Trump will “not be a candidate in 2024.”

Previous Idaho Republican: Register Those Who Don’t Own Guns
Next Literal Golden Idol Of Trump Wheeled Through CPAC