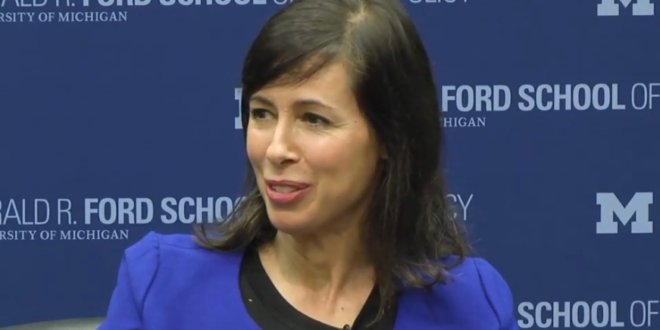 The Department of Justice is withdrawing a lawsuit aimed at blocking California from establishing statewide net neutrality laws after the Federal Communications Commission repealed similar federal laws in 2018.

The FCC’s repeal of net neutrality was controversial at the time, and opposed by Democrats on the commission, including Jessica Rosenworcel [photo], the current acting head of the communications regulator.

“I am pleased that the Department of Justice has withdrawn this lawsuit,” Rosenworcel said in a statement Monday. “When the FCC, over my objection, rolled back its net neutrality policies, states like California sought to fill the void with their own laws,” she added.

Thank you @RepAnnaEshoo for your leadership.

When I authored California’s net neutrality law, we beat the big telecom & cable companies only to get sued by Trump’s DOJ.

This shift by DOJ is great news. Next step: DOJ should file a brief in affirmative *support* of CA’s law. 🤞 https://t.co/EF4hdauIll

Previous New COVID Variants Raise Worries Of Reinfections
Next Geraldo: Trump Is Guilty And I Hope He Isn’t Convicted