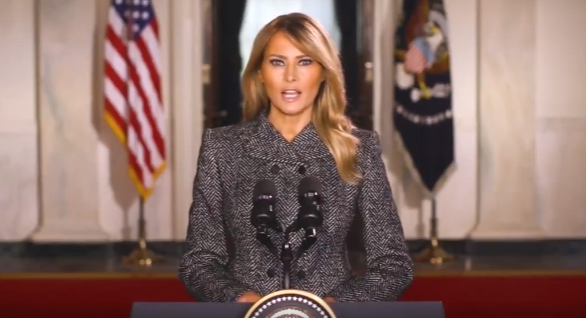 The Justice Department has abandoned an arguably unprecedented lawsuit seeking to confiscate the proceeds of a book written by an aide to former First Lady Melania Trump. Government lawyers filed a notice with a federal judge Monday saying they are voluntarily dismissing the suit filed last October against Stephanie Winston Wolkoff, who served as a volunteer adviser to Mrs. Trump and came out last year with a tell-all book, “Melania and Me.”

Many former White House aides have published memoirs, without legal repercussions. There is no known case of an adviser to the First Lady facing legal consequences for divulging information learned at the White House. The suit against Winston Wolkoff alleged that by publishing the book she breached her “fiduciary duty” and a nondisclosure agreement she signed with a White House contracting officer in August 2017.

Melania opened Pandora’s box involving the DOJ. The enormous trove of communications & documentations I possess and shared tell the true story about “why” and “how” the contracts were “created” and “terminated” and who was involved. TRUTH PREVAILS. pic.twitter.com/14RXLkmrc7

The Biden administration is abandoning the Trump administration’s bid to seize the proceeds of a book written by Stephanie Wolkoff, a former Melania Trump aide accused of breaching a non-disclosure agreement. BTW, who signed off on the suit? Jeffrey Clark https://t.co/GnqQPrjsxL