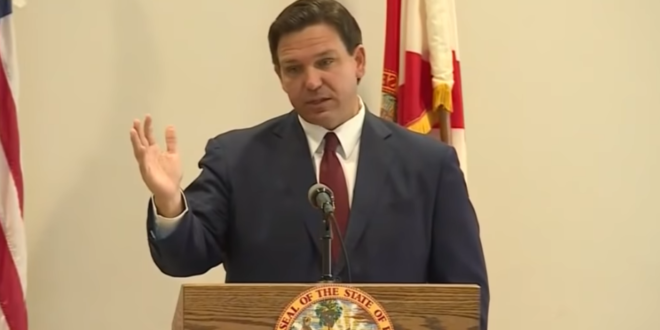 At an event at the Hilton Palm Beach Airport Hotel in West Palm Beach, DeSantis and Ingoglia criticized drop boxes, mail-in balloting and “ballot harvesting” as Florida Republicans joined GOP Legislatures and governors in other states alluding to unproven fraud in the November election as a reason to crack down on voting access.

Read the full article. Democrats and local election officials are already up in arms.

In a confusing move, the governor is now attacking Florida’s elections system he was praising just a couple months ago.

Previous Christian Activist: TX Freeze Was Weather Manipulation
Next PM Boris Johnson: America Is Back As The Leader Of The Free World And That Is A Fantastic Thing [VIDEO]