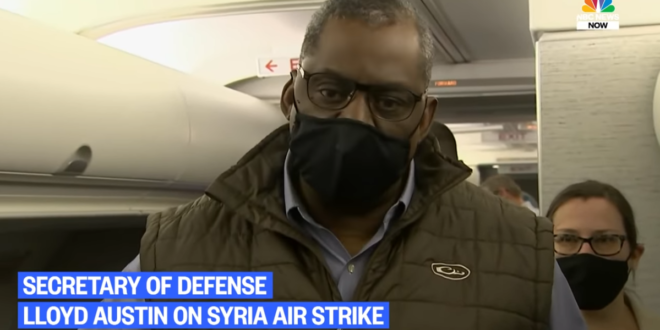 The Biden administration conducted an airstrike in Syria on Thursday that officials believe killed a number of alleged Iranian-linked fighters, signaling its intent to use targeted military action to push back against violence tied to Tehran.

The attack on a border-crossing station in eastern Syria, the first lethal operation ordered by the Biden administration against Iran’s network of armed proxies, was “authorized in response to recent attacks against American and coalition personnel in Iraq, and to ongoing threats,” Pentagon spokesman John Kirby said.

The facilities were used by Iranian-linked Iraqi militias, including Kataib Hezbollah and Kataib Sayyid al-Shuhada, he said.

Defence Secretary Lloyd Austin earlier told reporters he was confident the building targeted in Syria was used by the militia responsible for recent attacks.

“It was my recommendation. We’ve said a number of times, we will respond on our timeline. And, once again [we] wanted to be sure of the connectivity and that we had the right targets,” the Military Times quoted him as saying.

A US official, speaking on the condition of anonymity to provide additional details, said the single strike targeted a cluster of buildings along Syria’s eastern border and was believed to have killed up to a handful of people.