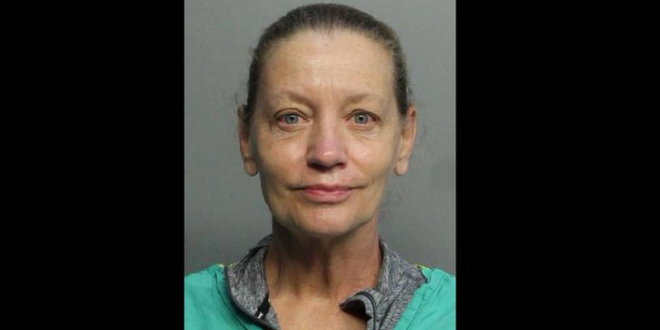 A Miami anesthesiologist is accused of attacking a Hispanic man at a grocery store, vandalizing his car and calling him a racial slur, authorities said. Jennifer Susan Wright, 58, of Miami Springs, was charged with criminal mischief, tampering with a victim and battery with prejudice, according to Miami-Dade County court records. The latter charge was classified a “hate crime,” which upgraded the charge to a felony.

According to police, Wright was shopping at a Publix grocery store in Hialeah. While waiting in line to pay, Wright was asked by a man in Spanish to maintain her distance. As the man began to load groceries into his vehicle, he was allegedly confronted by Wright. Wright allegedly called the man a racial slur and said, “We should have gotten rid of you when we could.” According to the report, Wright also allegedly said, “This is not going to be Biden’s America, this is my America.”

MAGA Miami doctor charged with hate crime for attacking Hispanic man, keying his car after he asked her to social distance: “Sp*c. We should’ve gotten rid of you when we could. This is not going to be Biden’s America, this is my America.” #BecauseMiami https://t.co/5Dilm8avzY pic.twitter.com/G6AUdSXmG1

Mount Sinai Medical Center anesthesiologist Dr. Jennifer Susan Wright, 58, was arrested yesterday for the incident that occurred at a Hialeah Publix on Inauguration Day. This was the “Expose the Biden Crime Family” Halloween display outside her Miami Springs home. #BecauseMiami pic.twitter.com/puKNgalazp

Now I’m getting mad. I think I’ll take a shower and wash the #MAGA filth off.
Angered when he asked her to socially distance at a Publix, she followed him out, called him racial slurs, keyed his vehicle and punched him, police said.https://t.co/vGW5SLQccs