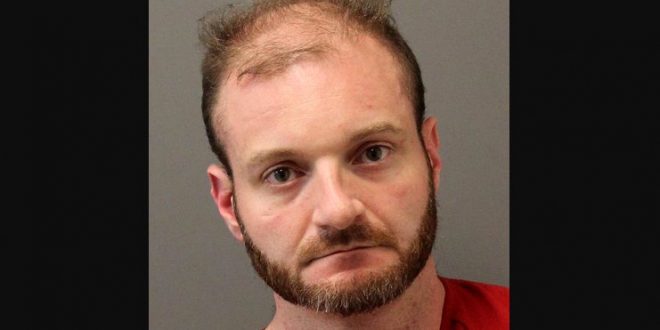 A federal judge on Wednesday sentenced Keene white nationalist Christopher Cantwell to three years and five months in prison for threatening and attempting to extort information from another figure in the online hate movement in 2019. The sentencing comes after several turbulent years for Cantwell, 40, a racist, misogynist and anti-Semitic shock jock who first rose to national prominence for his role in the white supremacist violence in Charlottesville in 2017 and has since been a defendant in multiple criminal cases and lawsuits.

The “Crying Nazi” cried during the hearing before U.S. District Judge Paul Barbadoro issued the sentence at an in-person hearing this morning in Concord, New Hampshire. “The nature of your behavior is so serious, so egregiously wrong, that a significant sentence is required,” Barbadoro said. Cantwell delivered a rambling and emotional statement which he began by offering a Mike Tyson quote: “Everyone has a plan until they get punched in the face.” (The point he was trying to make was unclear.)

White supremacist Christopher Cantwell, dubbed the “Crying Nazi” after recording a tearful video about his violent participating in the 2017 Unite the Right march, cried in court as he was sentenced to 41 months in prison https://t.co/4MY8biyLpx