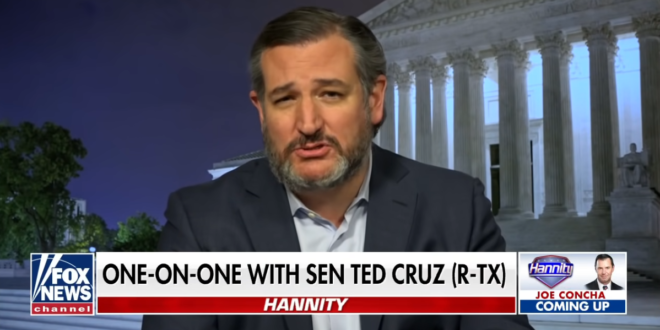 Cruz: The Media Is “Obsessed” With My Cancun Trip Because They’re “Suffering From Trump Withdrawal”

“You dropped off your daughters in Mexico, you came home in a day, probably less than a day. You’re [in the news] like 24/7, because you dropped somebody off and you came back home. I still think you can be a father and senator at the same time,” Hannity said.

Cruz said this in response: “I think the media is suffering from Trump withdrawal, where they’ve attacked Trump every day for four years, they don’t know what to do, so they obsessed over my taking my girls to the beach.”

Ted Cruz tells @HolmesJosh that his wife Heidi is “pretty pissed” at the leaked texts about Cancun trip.
“Here’s a suggestion just don’t be assholes. Yeah, like just you know treat each other as human beings have some degree, some modicum of respect.”https://t.co/Q2EFk3xKen