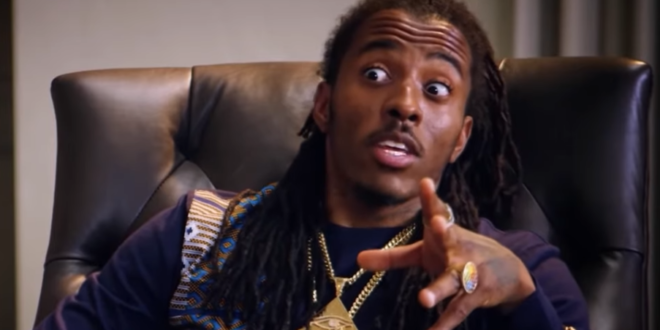 The Conservative Political Action Conference (CPAC) has disinvited from its 2021 event a featured speaker with a history of making anti-Semitic remarks.

“We have just learned that someone we invited to CPAC has expressed reprehensible views that have no home with our conference or our organization,” CPAC tweeted on Monday. “The individual will not be participating at our conference.”

The announcement came after the left-leaning media watchdog Media Matters for America published an article highlighting anti-Semitic and conspiratorial tweets from Young Pharaoh, an online commentator who was initially scheduled to sit on a guest panel at the conference on Sunday afternoon.

We have just learned that someone we invited to CPAC has expressed reprehensible views that have no home with our conference or our organization. The individual will not be participating at our conference.

Young Pharoah (name implies anti-Semitism) is part of the evolution from Q-based to bigoted, anti-vaxx & anti-Semitic conspiracies. The Big Lie was a Q-tentacled grift run by a messianic mafia under Trump and is morphing into COVID1984/NWO.

This week’s CPAC is featuring a speaker named Young Pharaoh. In the past year, he’s claimed that: 1) Judaism is a “complete lie”; 2) Jewish people are “thieving”; 3) and “all the censorship & pedophilia on social media is being done by Israeli Jews.” https://t.co/km1UFzl1IQ

THIS IS #CENSORSHIP AT ITS BEST! ALL BECAUSE I SAID “I DO NOT BELIEVE IN THE VALIDITY OF #JUDAISM AND AM WILLING TO PLACE $50,000 ON MY SELF TO DEBATE THE TOP #JEWISH RABBI”’ NOW IM NO LONGER INVITED TO @CPAC_TV #RACIST , #DICTATORSHIP , #YOUNGPHARAOH https://t.co/jRhNy3KMXA