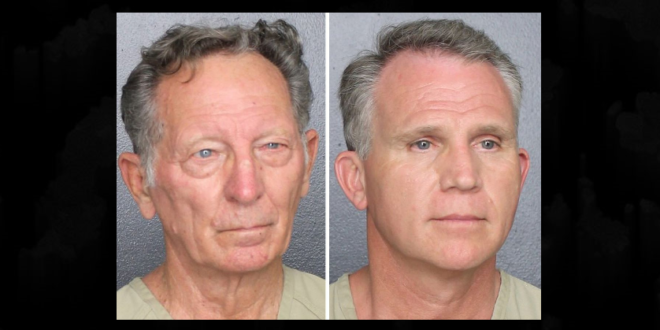 Covidiots Arrested In FL After Posing As US Marshals

Hotel staff at the Wyndham Deerfield Beach Resort asked two maskless men to cover their faces. When they refused, it was the lie they told that got them arrested, according to a federal complaint.

Instead of calling COVID-19 a hoax or going off about the First Amendment, they told hotel staff they were U.S. marshals and flashed phony passes — similar to ones that have been used by others around the U.S. who claim to be exempt from any mask-wearing requirement.

The men also threatened to arrest employees and saddle the hotel with a hefty fine if they tried to tell them otherwise, authorities say. Around their necks each man also wore laminated cards titled “Facemask Exempt Notice/Card.”

Men accused of posing as U.S. Marshals to get out of wearing masks https://t.co/wAl5BgP1PT pic.twitter.com/OgpH8d1N63

Previous JUDGE: No Bail For “Zip Tie Guy” And His Mother
Next Biden Has First Phone Call With Israel’s Netanyahu