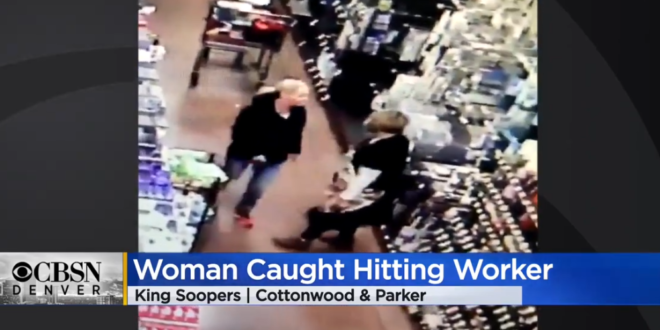 Police are searching for the female suspect who was caught on camera slapping a grocery store worker in the face at the King Soopers location near South Parker Road and E-470. The store told police a customer was asked to wear a mask. Instead, surveillance video shows the woman slapping the employee.

The victim told police she was also called a vulgar name. The confrontation happened February 3rd.

During the incident, the suspect allegedly claimed a medical exemption, the report noted. The worker told police she offered other options for the customer to buy groceries. The suspect has not been seen at the store since running off last week. Anyone who recognizes the woman is asked to contact Parker police.