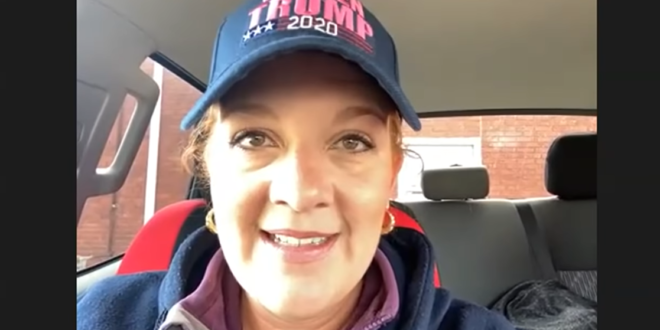 A woman charged in the Jan. 6 Capitol riot has been granted permission by a federal judge to travel to Mexico later this month. In an order issued on Friday, U.S. District Judge Trevor McFadden granted Jenny Louise Cudd’s request to take a “work-related bonding trip” with her employees to Riviera Maya, Mexico, between Feb. 18-21. The request by Cudd, filed earlier this week, argued it was prepaid and work-related for employees and their spouses. “The Court also notes the Defendant has no criminal history and there is no evidence before the Court suggesting the Defendant is a flight risk or poses a danger to others,” McFadden wrote.

Capitol rioter Jenny Cudd has been hit with five new criminal charges. In a newly unsealed grand jury indictment, prosecutors charged the Midlander with corruptly obstructing an official proceeding of Congress; entering and remaining in a restricted building; committing disorderly or disruptive conduct in a restricted building; committing disorderly conduct in a Capitol building; and parading, demonstrating, or picketing in a Capitol building. Cudd openly bragged about storming the Capitol on January 6 on her Facebook page. She told CBS7 that she’d gladly do it again.

NOTE: Earlier this week USA Today mistakenly reported that the Mexico request had already been granted.

#NEW: A judge has GRANTED Jenny Cudd’s request to travel to Mexico for a “work retreat.” pic.twitter.com/4HzNQdsxin