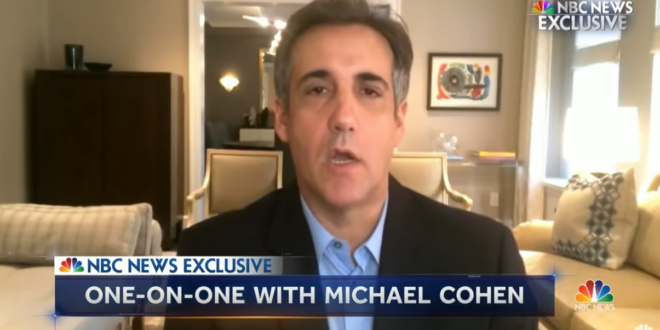 Speaking to MSNBC’s Katy Tur, Cohen stressed that Trump has done “everything” to keep his tax records private. He predicted the returns will ultimately show Trump’s involvement in hush money payments, and that his former boss will eventually go to prison as a result of Vance’s criminal investigations. “One thing I can turn around and tell you, he should start maybe speaking to someone about getting a custom-made jumpsuit, because it does not look good for him,” Cohen said.

Michael Cohen Gleefully Reacts to Court Ruling Opening Up Trump’s Taxes: He Should Think About Getting a ‘Custom-Made’ Prison Jumpsuit https://t.co/7QVCrhutYi via @mediaite

Michael Cohen hints that Trump is going to prison and says that it doesn’t look good for him. pic.twitter.com/R7ciRO139C