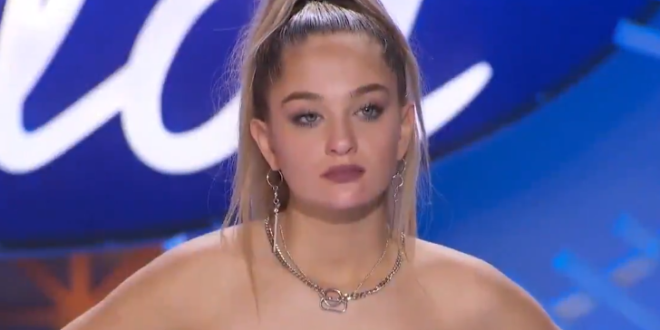 Kellyanne Conway’s 16-year-old daughter Claudia nervously takes her shot at becoming the next “American Idol” in a teaser for the show released this week.

The teen is introduced as a “social media sensation” as she strolls out before the TV talent show’s celebrity judges in a promo for Sunday’s premier for the new season.

Last month it was reported that Kellyanne Conway was under investigation for allegedly posting a topless photo of Claudia on Twitter.

You heard that right. @claudiamconwayy is looking for a golden ticket 🤯🎤 Find out Sunday if she has what it takes to be #TheNextIdol on #AmericanIdol 🌟 pic.twitter.com/DyjZWk2w1r