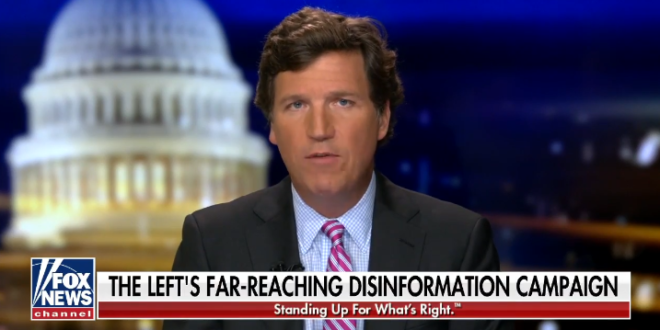 Carlson: There’s No Such Thing As QAnon [VIDEO]

We spent all day trying to locate the famous QAnon, which, in the end, we learned is not even a website. If it’s out there, we could not find it.

Then, we checked Marjorie Taylor Greene’s Twitter feed because we have heard she traffics in disinformation, CNN told us, but nothing there. Next, we called our many friends in the tight-knit intel community. Could Vladimir Putin be putting this stuff out there? The Proud Boys? Alex Jones?

Who is lying to America in ways that are certain to make us hate each other and certain to destroy our core institutions? Well, none of the above, actually. It wasn’t Marjorie Taylor Greene. It was cable news. It was politicians talking on TV, they’re the ones spreading disinformation to Americans. Maybe they are from QAnon.