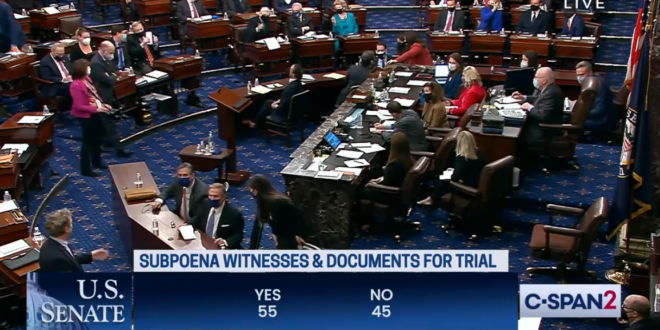 Lead Manager Jamie Raskin has said the prosecution wants to subpoena Rep. Jaime Herrera Beutler, a Republican who witnessed a call between House minority leader Kevin McCarthy and Donald Trump on the day of the insurrection. News of this call broke last night, after the defense had rested their case.

Raskin said he would limit Beutler’s testimony to one hour, and it could be conducted over Zoom and replayed to the chamber. Trump’s defens lawyer Michael Van der Veen said that limiting the witness testimony to one individual would “handcuff” his case. He said he’d want to call “hundreds” of people to testify.

Van der Veen is so dishonest, self-pitying & unhinged the GOP may have already found their next nominee.

Lin Wood is at home thinking, “This guy cray-cray.”

“I don’t know why you’re laughing,” Michael van der Veen tells Dem senators who burst out into laughter when he said he wants depositions to happen in his office in Philly

Isn’t it a bit odd that these liberal news reports about impeachment, just like what happened during #BrettKavanaugh – which prove to be unreliable – always come out right before we are set to vote?

If you want a delay, it will be a long one with many, many witnesses.

Mittster votes yes on witnesses. The security of family money and a safe Senate seat is quite comforting.

Final vote 54-46 on allowing witnesses in the trial.

Collins, Murkowski, Romney and Sasse have voted with Democrats. https://t.co/IQ9oASKOhy

Lindsey Graham has changed his vote to yes.

There will be witnesses.