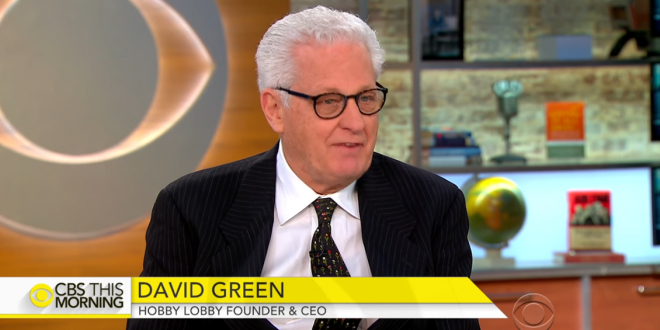 Weeks after the Museum of the Bible in Washington transferred control of 5,000 disputed manuscripts and bits of papyrus to the U.S. government, officials have repatriated the artifacts to Egypt, from where the items were thought to have been illegally shipped during the Arab Spring.

The handover of the artifacts, which included manuscript fragments, funeral masks, parts of coffins, and the heads of statues, was preceded by extensive discussions with Egyptian officials that started in late 2017, MOTB Chairman of the Board Steve Green said in a statement last week.

Read the full article. Last year the museum was accused of buying a rare papyrus allegedly stolen from Oxford University. Also last year, the museum was forced to acknowledge that the Dead Sea Scrolls on display were all fake. In 2019 the museum quietly removed its “Lunar Bible” exhibit after it was learned that its miniature bible had not actually been taken to the moon by an astronaut. The Green family, which owns Hobby Lobby, has already paid millions in fines over antiquities smuggled out of Iraq.

Museum of the Bible returns some 5,000 disputed biblical objects to Egypt https://t.co/J8PWF3s1Z7

Previous Gidley: Companies Should Hire And Market To Cultists
Next TSA Authorized To Fine Mask Refusers At Airports