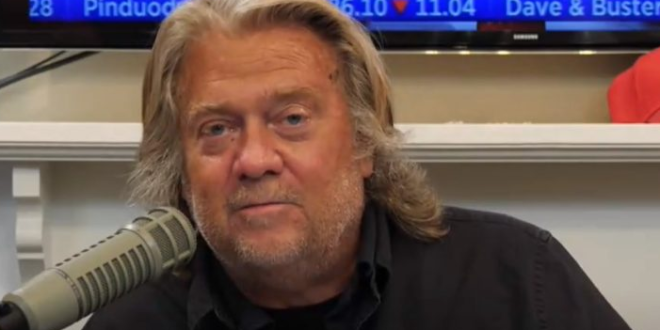 Stephen K. Bannon, who received a last-minute pardon from former President Donald J. Trump after being indicted on federal charges of defrauding donors to a border wall, may yet face state charges in connection with the same scheme.

The Manhattan district attorney’s office has begun investigating Mr. Bannon’s role in the fund-raising project for the wall and is also considering opening an investigation into Ken Kurson, who was also pardoned by Mr. Trump after he was charged with federal crimes related to cyberstalking and harassment.

Fraud is a crime under state law. Only the Governor of New York can pardon Bannon. Looks like that’s not happening.
Federal prison vs. state prison?
Trump’s pardon sure looks like a downgrade.
Sorry Steve….https://t.co/e0IrU0cB8e