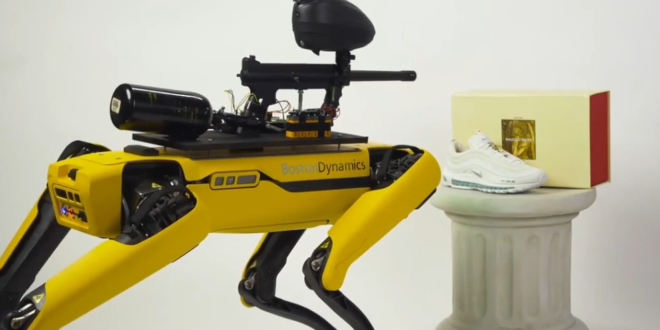 An internet-enabled art installation that launched Wednesday offers a strange proposition: the chance to pilot a $75,000 four-legged robot named Spot that is armed with a paintball gun.

The robot may be familiar to people who have seen various viral videos of similar robots from Boston Dynamics that have offered a sometimes startling glimpse at leaps in robotics technology. But they haven’t seen it like this.

“Spot’s Rampage” isn’t meant to make the robot seem cute. It’s meant to be a statement about the militarization of robotics, complete with a digital portal to give people a firsthand view of what it’s like to be in control of an armed machine.