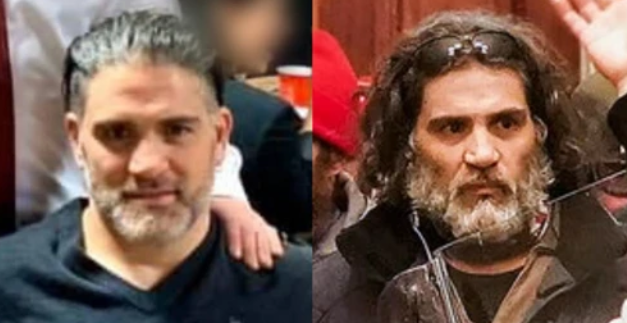 Arrested Proud Boy Now Says Was Duped By Trump, Who Has “Resumed His Life Of Luxury And Privilege”

One of the Proud Boys arrested for participating in the Jan. 6 insurrection at the Capitol told a court Wednesday that he was duped by President Donald Trump’s “deception” and “acted out of the delusional belief” that he was responding patriotically to the commander in chief.

Dominic Pezzola, who was indicted last month and charged with conspiracy, urged a federal court to grant his release pending trial, emphasizing that his involvement in the Proud Boys was recent and minimal and that he has no other criminal history.

“Many of those who heeded his call will be spending substantial portions if not the remainder of their lives in prison as a consequence,” Pezzola’s attorney wrote. “Meanwhile Donald Trump resumes his life of luxury and privilege.”

The Proud Boy who’s facing charges for leading insurrectionists through a window of the U.S. Capitol building had a stash of bomb-making manuals stored on a thumb drive, which investigators say they discovered while searching his home in Rochester, New York.

This was just one of the reasons why federal prosecutors, in a memo filed Friday, are arguing that Dominic Pezzola, aka “Spazzo” or “Spaz,” should remain in detention pending the outcome of his trial.

Following the attempted insurrection, Pezzola and others had discussed what they’d done that day, according to the witness. “They said that anyone they got their hands on they would have killed, including Nancy Pelosi,” the witness told the FBI.

Dominic Pezzola, one of the Proud Boys arrested for the Capitol attack told a court today that he was duped by Trump’s “deception” and “acted out of the delusional belief” that he was responding patriotically to Trump. https://t.co/6T8ZzQcU1B

Dominic Pezzola of Rochester, NY. Ex US Marine. Says he was there to “kill Rep. Nancy Pelosi and Vice President Mike Pence,” and intended to return to Washington on Inauguration Day to “kill every single ‘mf-er’ they can.” Arrested. Source article below ⬇️ pic.twitter.com/gqKYzJMids