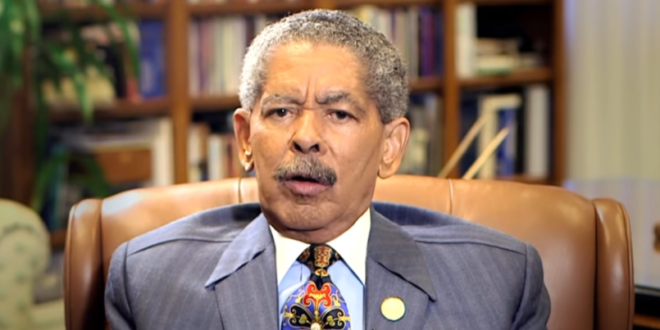 Frederick K.C. Price, one of Los Angeles’ most prominent religious leaders and founder of the Crenshaw Christian Center, has died from COVID-19 at the age of 89. Apostle Price, who led services in the landmark FaithDome for many years, died Friday evening, according to a statement issued by EIF Ministries.

Price founded the Crenshaw Christian Center in 1973 and built it into one of America’s first Black megachurches, with 28,000 members and an estimated 15 million households watching televised church services every week. He was at times controversial – criticized for his teachings about the LGBTQ community and Islam.

In 2008, Price memorably ordered hundreds of uniformed school children into the streets to march in support of Proposition 8, the successful ballot measure that repealed same-sex marriage in California. The children’s banner read, “For Children. For Families. For Our Future.”

Previous Biden On Trump Result: “The Charge Is Not In Dispute”
Next NC GOP Condemns Burr For Vote To Convict Trump