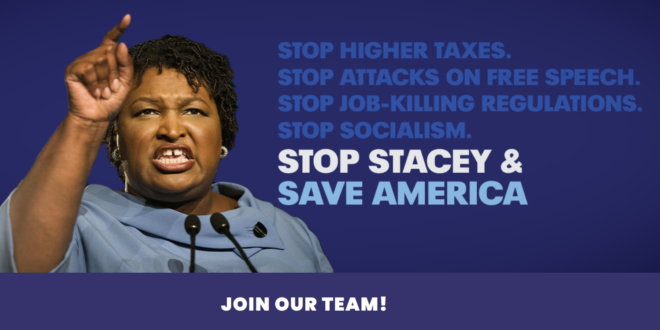 Stacey Abrams has yet to formally announce whether she will seek a rematch next year against Georgia Gov. Brian Kemp, but allies of the Republican incumbent on Monday launched a new outside group aimed at reining in her ambitions.

Leaders of the new independent committee, known as “Stop Stacey,” describe it as “a national, grassroots organization of engaged conservatives who are committed to protecting our future from Stacey Abrams, her left-wing backers, and their radical, un-American agenda.”

The new “Stop Stacey” website, in a backhanded compliment, says “she ‘flipped’ Georgia for Joe Biden and Kamala Harris.

The group was formed by allies of Kemp and former U.S. Sen. Kelly Loeffler even before she’s announced whether she’ll run again, a sign of deep concern among Republicans about the threat she poses to the first-term governor next year. #gapol https://t.co/db0MZAlwPr