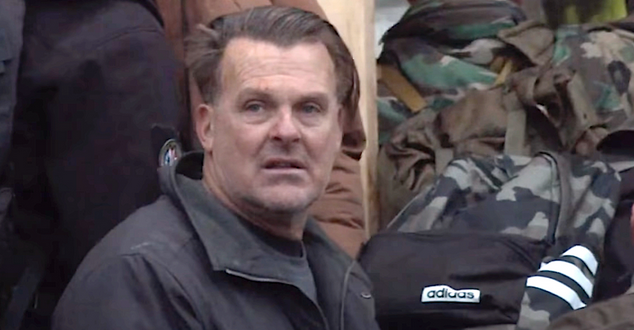 Federal prosecutors in Washington, D.C. have identified and charged a man they say assaulted a Capitol police officer during the Jan. 6th siege on the U.S. Capitol Complex. According to a criminal complaint unsealed Wednesday, the defendant, Clayton Ray Mullins, stood out in videos of the scene due to his hairstyle.

Mullins is accused of attacking an officer known in the documents only as “A.W.” Authorities tracked down Mullins due to a tip that he held a Kentucky driver’s license.

Authorities used that information to track down his bank accounts; a witness known in the documents only as W-1 at FNB Bank, Inc., told investigators that Mullins had banked with the company for 30 years. W-1 identified Mullins in a photo taken at the capitol on Jan. 6th.

NYT has a photo showing #slickback initiated attack on an officer, by pulling him off balance & down the stairs.
The dude remains unknown and must be identified & charged https://t.co/fkP83NYi8f pic.twitter.com/JRGYH1z0Mx

Indeed. Things have taken a sad turn for Clayton Mullins (aka #Slickback). Wait until he finds out about how many years in prison he is facing for assaulting a federal officer. pic.twitter.com/aAliGgWdyt

FBI #131-AFO aka #Slickback is wanted for assaulting officers pic.twitter.com/APmUU9yAHw