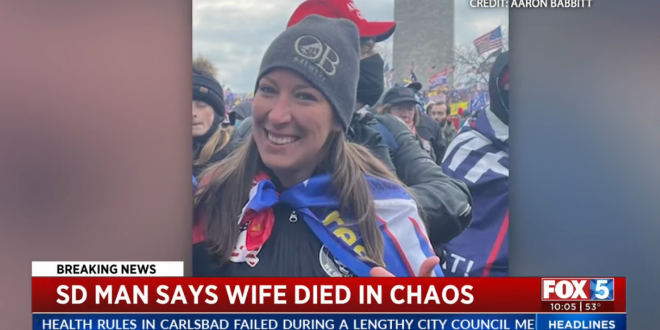 The woman shot dead as a mob of President Donald Trump’s supporters violently stormed the U.S. Capitol on Wednesday has been identified by her family as an Air Force vet who was an outspoken supporter of Trump.

Local San Diego news outlet KUSI named the woman as Ashli Babbitt, a San Diego resident who is said to have served 14 years in the military. Her husband, who was not identified by name in the report, described her as an avid Trump supporter.

Babbitt supported the violent pro-Trump QAnon conspiracy theory, according to her Twitter account. She quoted “Q,” the anonymous figure behind QAnon, which falsely claims Democrats and other opponents of President Trump are Satanic pedophiles, in an Aug. 21 tweet, writing: “It is going to be biblical – Q.”

Her QAnon postings were apparently prolific.